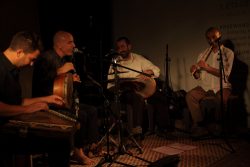 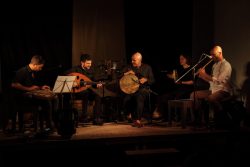 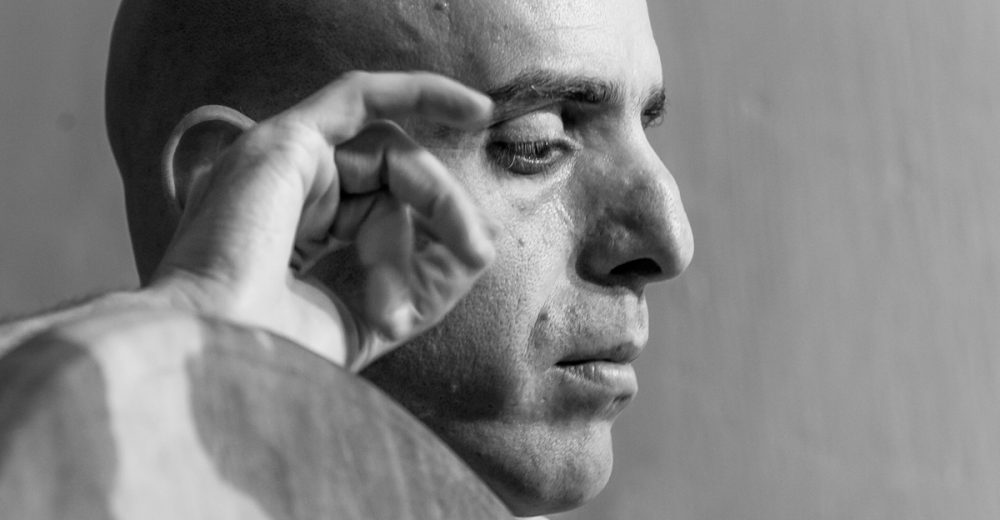 Zohar Fresco (Israel) is one of the best world-known percussionists (specialized in the frame drum – Tof Miriam), performing and teaching around the globe, and inventing his own style and technique in Percussion. Together with Mark Moshayev (perc), Christos Barbas (Ney, Flutes, Vocals) und Sarel Hacohen (Kanun) they are playing compositions of Zohar, in whose pulsating complexity the melodies of the Middle East are shown in a completely new way and connections to other musical cultures throughout the world are opend up. 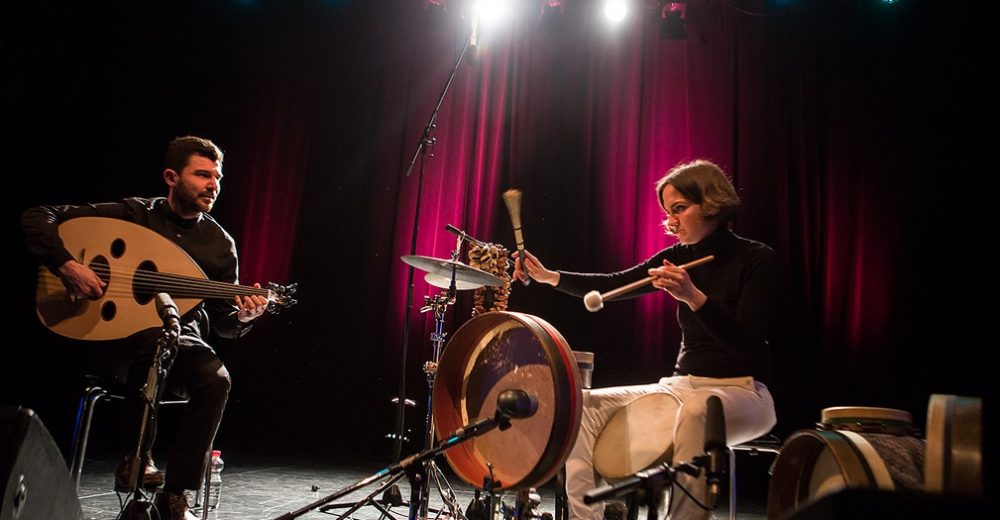 Milo ke Mandarini is a duo from Toledo formed in 2008 by Carlos Ramírez (Yaylı Tanbur, Zanfona, Lavta, Oud) and Isabel Martín (Voice, Bendir, Square Tambourine of Peñaparda, Tam) with the aim of investigating and promoting Mediterranean roots music. Together they have travelled to Greece, Bulgaria and Turkey soaking up the local music culture, returning home with a new vision for their own studies of the Iberian tradition. They have played at folk festivals all over the Iberian Peninsula and at many important national and international venues. In this concert they will be supported by the composer and multi-instrumentalist Christos Barbas (Ney flute).