The Program Booklet is clear. Here you can have a look: Polyloid Program

And here you can find the movies listed. If you click on the titles, you jump to the description + trailer.

The Salt of the Earth

Doll, the Fatso & Me

Too Skinny for Love

And the Moon stands still

No one knows about Persian Cats

Jan, a music student, immerses himself in his Turkish-Kurdish homeland to seek out the traces of a sad story that his grandmother once told him. On this journey, Jan encounters the forgotten village of his grandmother and her story, but he also finds his own story and the roots of his identity.

An adventurous, magical road movie; The brothers Zana (6) and Dana (10), two war orphans, attempt to flee from Northern Iraq to America, the country of their idol Superman—together with their donkey Michael Jackson, they endure a series of difficult tests.

The 2003 Gulf War from the perspective of children and an unsparing anti-war filmic drama in poetic images:

The 13-year-old Satellite is the leader of a group of Kurdish children who track and sell landmines in Northern Iraq. He falls in love with Agrin, who is the same age as him and enters the camp with her two-year-old blind son Digah and her older brother Hengov—but she has given up and can only think of death.

The Salt of the Earth

A documentary memorial of the most important social documentary photographer in the world: the Brazilian Sebastião Salgado, who traveled to almost every corner of the world and impressively documented some of 20th century humanity’s worst catastrophes. At the edge of despair over the state of the world, he dedicates himself with “Genesis” to the untouched, paradisiacal places on earth.

Doll, the Fatso & Me

Independent road movie: On his last tour as a courier driver from Paris to Berlin, the small statured Bomber meets two people who will change his life: the fat, kindhearted Bruno and the blind, beautiful Europe. For various personal reasons, the three underdogs move together from Paris to Berlin and frequently find themselves in ludicrous situations.

The film tells in parallel the stories of two people living on the Ganges who are fatefully connected with one another: While the young Devi starts an affair with the student Piyush out of curiosity, Deepak, a young student, falls in love with Sadhya, who is a member of a higher caste.

The young blind woman Carly and her Persian cat Tango travel throughout England, Ireland, and Europe to cat shows. Carly is a passionate cat breeder and has a fine sense of humor. A quirky glimpse into the world of cat shows, but also the story of an ambitious young woman looking for love.

As a black man, pizza delivery boy Dimitri learns again and again how pervasive and everyday police racism is. As he is offered a job as a driver of a tourist bus in Hollywood, his journey to the interview proves to be extremely difficult.

Portrait of a generation and suicide drama: The 34-year-old Anders comes from an educated middle class family from the West of Oslo. He has spent ten months in a drug rehabilitation clinic, is now considered clean, and will soon be released. First, he returns for a day to Oslo on August 31. He dares to tread tentative steps back into society, but doesn’t manage to establish a foothold anywhere.

Exciting fantasy adventure: The magician Sperber observes two dragons in the sky tearing each other to pieces—the balance in Earthsea has been disturbed. A sinister power has opened wide the door between the worlds of the living and the dead. Only Arren and his magical sword can still save Earthsea.

Liberation from civilizational constraints: The young IT specialist Ania lives in seclusion in Halle-Neustadt. Harassed and desired by her superior Boris, she meets a wolf on her way home from the agency—it is the beginning of an animal love story and the end of her middle-class life.

Milieu and character study: The East German former professional boxer Herbert earns his living as a doorman, debt collector, and trainer. After being diagnosed with a fatal muscle wasting disease, he attempts to finally reconcile with his daughter.

GDR cult film:  The student Simon, apolitical and nerdy, meets activist Linda at a protest.  As a result, he is increasingly drawn into the student protests of the 1968 generation, which make a stand against the involvement of their university in the Vietnam War. The film is based on true events at Columbia University in New York.

Jakob, a successful theater director, loses his eyesight in a traffic accident and with it all life perspective. Lilly, his teacher, who has been blind from birth, tries to help him. On a journey together across Europe, filled with bizarre moments, a love slowly grow between two people who make the world understandable for each other.

Too Skinny for Love

Youth and music film from DEFA: The 18-year-old Susanne is a skilled worker in a textile company. Always willing to help and socially engaged, she also keeps house for her father and brother, yet they do not perceive her as a woman at all. This is also true of Lutz, with whom she has fallen in love. The selfish behavior of her friend Daisy encourages Susanne to finally assert herself and, with new self-confidence, she even conquers Lutz—even if their love doesn’t last long.

Saigon in the 90s: Panorama of the life of a group of young people in the slums of the metropolis, from which the young photography student Vu discovers his homosexuality.

And the Moon stands still

A poetic and artistically animated short film about the phases of the moon and tides based on the story “The Witcher” by Alexei Tolstoy.

The film delves into the microcosm of the Leipzig club legend Distillery and gives organizers, DJs, and party guests a voice in exclusive interviews.

DVD of the film with many extras and outtakes, limited edition, 10 Euro special price, order at: tilledoku@googlemail.com

The legendary titular Hotel Jugoslavija, created in 1969 in Novi Belgrade, embodied the ideals of socialism and bore witness to the chequered history of former Yugoslavia. Wagnières connects recent and historical footage, and mixes in his own anecdotes with sober facts—he is searching at once for a collective consciousness as well as his own identity.

The 92-year-old Licu shares his memories of the extremes of the 20th century—World War, displacement, post-communism—with the Romanian-born filmmaker. Through their regular visits, a familiar relationship develops between the two as the film progresses.

Japanese cult classic: The young widow Tampopo tries to get herself and her little son through with a noodle soup kitchen. She gets help from long-distance driver Goro and his buddy who want to make the store a top restaurant for ramen. Told in episodes, the film combines food and eros and satirizes various genres: mafia film, western, and romance. The yolk scene during lovemaking is legendary.

No one knows about Persian Cats

The Iranian rock musicians Negar and Ashkan want to flee from repressive Iran to London. But first, they want to give a last concert in Tehran. A trip through the shimmering night life of the Iranian capital begins—snapshots of the Tehran Underground scene with genuine volume.

The film tells the true story of an unusual friendship between the willful street cat Bob and James, a street musician in London living at the edge of the existence—together, they find back their way back to life. 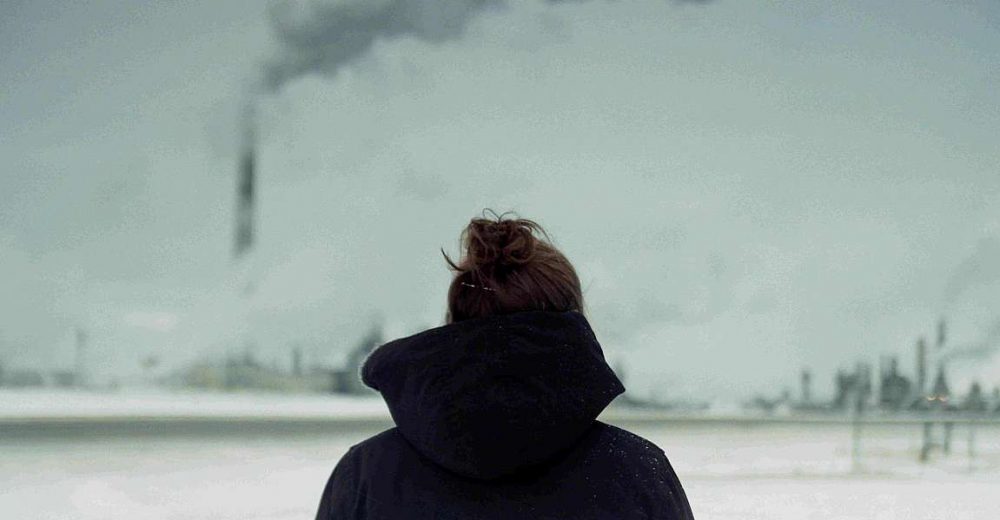 Inside Fort McMurray is one of the last oil reserves in the world. People from across the globe go there to earn astronomical sums of money at the expense of the environment and human health. But as one of the filmmakers themselves falls ill, reality and film mix with one another and they need to confront her own nightmare.